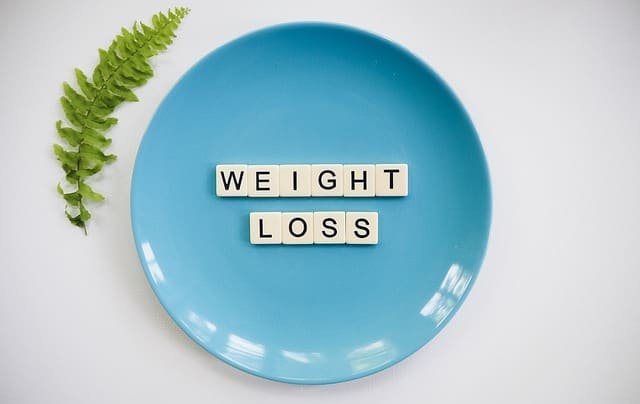 If you are looking for a quick way to lose weight, then you should consider these 7 easy ways. If you’re lazy, like most people are, then these tips will help make the process much easier for you.

Losing weight is a process, but these tips can help you lose those pounds in no time. If you are not willing to put the effort into dropping some pounds, then try following these steps as they will make it easier for you to achieve your goals.

There are some tips to lose weight:

Perhaps the easiest way to lose weight is to drink more liquids and especially water. Water makes you feel full, so it will help prevent cravings and hunger pains that make people want to eat. If you don’t like plain tap water, then add lemon or lime juice for a new flavor. You can also use unsweetened tea such as iced green tea which has zero calories. Unlike regular ice teas that have around 100-150 per serving depending on how much sugar was added in the mixings process.

Drinking enough fluids each day helps your body function properly. Because it rids toxins and waste products via urination and perspiration thus allowing you to lose weight. Try drinking at least six glasses of water each day and you will see results soon enough.

Another easy way to lose weight is by eating less food. This might sound counterproductive because if you eat too little, then your metabolism will slow down. In addition, the body goes into starvation mode where it stores fat instead of burning it off which results in more pounds rather than less being added on overtime.

Therefore, don’t starve yourself but try cutting out 100-300 calories per day from what you normally eat. So, after a few weeks or months pass by, you’ll be able to see some positive changes happening with your diet/eating habits as well as your physical appearance. The best part about this tip is that pretty much anyone can do it no matter how busy they are. Because all people have to do is pay attention when they’re eating to ensure that they’re not taking in more food than what their body needs.

Help you lose weight too!

As an example, let’s say someone eats a bowl of cereal for breakfast along with some orange juice and toast with jelly on it. So that, they have already eaten around 500-700 calories before lunchtime even rolls around which is quite high considering how most people are only supposed to take in between 1200-1500 calories per day. It depends on factors such as age, height/weight ratio, gender, etc. If this person chooses healthier options at mealtime like vegetables, lean meats then maybe they will be able to eat less because those foods keep one feeling full longer compared to processed carbs.

The third tip for losing weight is to exercise. This might sound like the most difficult one out of all seven tips. But it doesn’t have to be if you choose things that are fun and enjoyable because then people will want to do them more often which in turn leads up to seeing great results!

Remember, exercising helps burn off calories thus helping your body lose some pounds over time. instead of sitting around on the couch every night watching television while eating junk food after fast food meal, try adding a little bit of physical activity into your daily routines. these activities include walking or biking places rather than driving everywhere (which also saves money too) or taking up sports like hockey, soccer, swimming, etc.

Drinking green tea can also speed up your metabolism thus helping you lose weight. people who have lost a lot of weight simply because they replaced soda with green tea each day. However, adding sugar or honey will make this tip less effective but replacing those ingredients with artificial sweeteners should work fine too since there are plenty out on the market nowadays.

If you don’t like drinking plain old hot water then try cold-brewing some strong iced tea during summer time that way you won’t need any ice or refrigeration equipment in order for it to stay fresh all year long (just be sure to keep it in the fridge after you make it for a few hours or overnight).

As an example, if someone knows that they will be drinking more water each day by getting into the habit of having one glass with every meal then this tip should help them lose weight. because even though drinking too much water is rare, there are cases where people have died from doing so! Therefore, drinking extra amounts of H20 throughout the course of any given day can work to speed up your metabolism. It can also lead to losing some pounds here and there. Well-hydrated helps reduce headaches as well as fatigue thus allowing individuals to feel better overall since they’re healthier/stronger.

The fifth weight loss tip is to eat more fiber. This works by keeping your digestive system working properly which leads to you feeling full with smaller portions of food, thus reducing the number of calories snack time throughout someone’s daily schedule.

When a lot of people think about weight loss, it involves giving up all the foods that you love and busting butt at the gym five days a week.

When it comes to health and fitness, sometimes it can feel like you’re doing it wrong if your journey’s not marked by blood, sweat, and tears. Or so the diet and fitness industry would have you believe.

Food manufacturers have long understood the power of packaging and we all follow a see-food diet. A study published in the Journal of Marketing found that people are more likely to overeat small treats from transparent packages than those with an opaque exterior, which can make it difficult for us as consumers to try our bests but eat unhealthy foods caught up by human preference!

To keep ourselves on track towards weight loss success, consider hiding healthy alternatives among your guilty pleasures so they’re easier accessible – replacing them instead if you want something tasty yet nutritious like The Healthiest Foods You Should Be Eating Every Day According to Experts Do.

High-protein diets may be more than just a fad in the nutrition world. First came Atkins. Now it’s the Dukan plan, which is said to be loved by royalty, celebrities like the Duchess of Cambridge and Gisele Bündchen, and supermodels. “There has been no research on its long-term effectiveness, but based on its composition, we expect it will work,” says Alison Gosby at the University of Sydney in Australia.

Sugar in particular, and added sugar in general, may be the single most dangerous nutrient in today’s diet. Sugary beverages like soda have been linked to an increased risk of a number of illnesses. Because liquid calories aren’t as filling as solid food, it’s very simple to overconsume them.

Staying away from these beverages entirely may provide significant long-term health advantages. However, keep in mind that fruit juice should not be used as a replacement for soda since it is also high in sugar. Water, coffee, and green tea are all healthy alternatives to drinking. 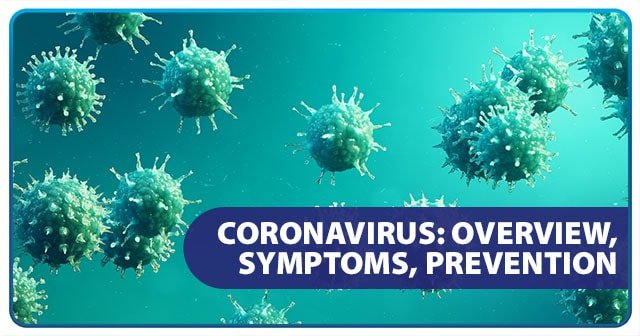 Coronavirus Attack Symptoms and Preventive Measures Coronaviruses are a large group of viruses, some of them causing human diseases, and others occur in animals, including camels, cats, and bats. Rarely, animal coronaviruses can infect people exposed to infected animals and then spread to humans. Viruses are small particles of genetic material (either DNA or RNA)… 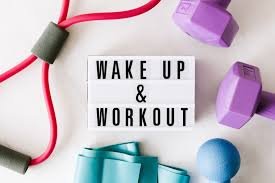 If you want to start a new and fulfilling life, you have to leave your past behind. To get on the road to a better life, you have to forget about all the bitter aspects of your life. You don’t have to go far for this. The best solution is to satisfy your soul by… 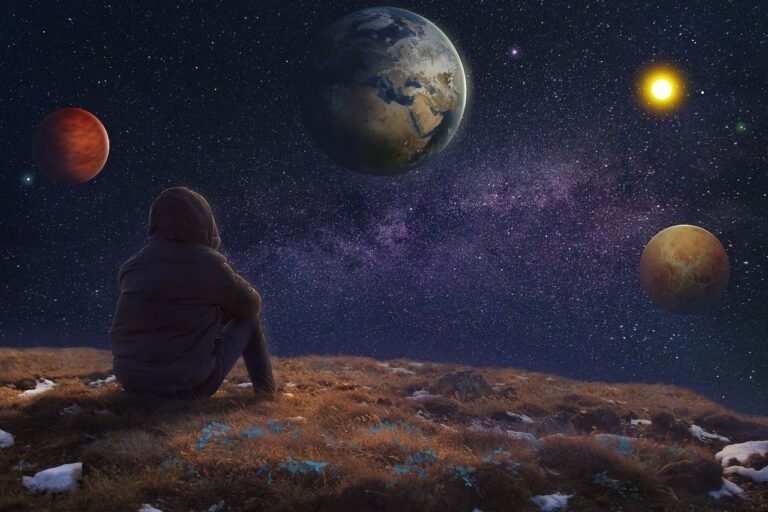 It is often said that we are all connected to the universe. We feel it as a deep sense of balance and belonging, even when our physical world seems off-kilter. The more we can tap into this connection, the easier it becomes to find peace in any situation and move forward with confidence. This blog… 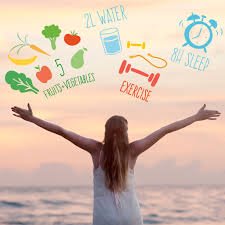 Do you have any idea how many health problems can kill you? Heart disease may be the leading cause of death in the world, but cancer, high blood pressure, and diabetes are not far behind. lifestyle nutrition is the key to prevent these problems. Here’s the truth: Many diseases can be prevented by following a… 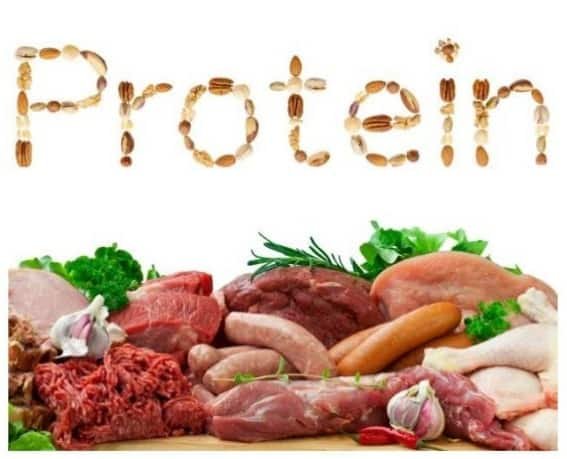 High Protein Foods, benefits and Protein Deficiency Brain cells, muscles, skin, hair, and nails are parts of the body that are protein-based. Estimates suggest that about half of the dry weight of the human body consists of proteins. High protein foods are used for strong muscles and hair. proteins are broken down during digestion to… 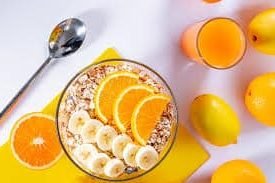 To lose weight, you have to consume fewer calories, but that doesn’t mean you have to eat less. Oranges are rich in fiber, low in calories, fat-free, and increase energy, making you feel full for longer. Lose Weight with Orange Diet Plan is an easy way to do it. Importance of Oranges Oranges are full…